The Santa Clause – Is it a legally binding contract? 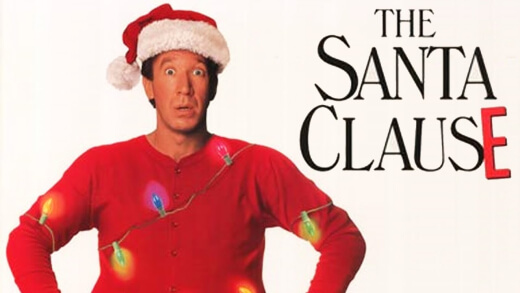 My favourite Christmas film has got to be ‘The Santa Clause’ starring Tim Allen.

Tim Allen plays a father called Scott Calvin who by going outside of his house startles Santa and causes him to fall off his roof.

Scott then finds a business card on the dead Santa which reads ….

“If something should happen to me, put on my suit. The reindeer will know what to do”

Scott’s son all excitable, encourages his father to follow the directions on the card, which reluctantly he does and then his night involves delivering presents, flying in Santa’s sleigh and finally finishing the night at The North Pole.

Once at The North Pole, Bernard (the head elf) informs Scott that he has been recruited as the new Santa and that he accepted the contract by putting on the suit.

‘In putting on the suit and entering the sleigh, the wearer waives any and all rights to any previous identity, real or implied, and fully accepts the duties and responsibilities of Santa Claus in perpetuity until such time that wearer becomes unable to do so by either accident or design.’

Bernard is confident whilst explaining to Scott (the new Santa) that he has 11 months to get his affairs in order and be due back at the North Pole by Thanksgiving. The contract had been formed and there is nothing he can do about it.

A contract is an agreement between two or more parties  and for or a contract to be legally binding it must meet 3 elements,

So,
Is the Santa Clause legally enforceable?

The offer was made via a business card and it was decided that by Scott putting on the Santa suit he accepted that offer. Acceptance can be by conduct as long as it meets the terms of the offer, which it did.

The general rule is that the offeror (in this case original Santa) must receive the acceptance before it is effective. Since Santa had disappeared before Scott put on the suit, did Santa receive this? Or maybe the offer come from the North Pole and they knew that a new Santa was in town?!

Another issue, an agreement must be reached fairly and without pressure. Scott could possibly argue he was under pressure due to his son’s excitement and not wanting to ruin the magic of Christmas. Also he was not reasonably made aware of the fine print either or that by entering the sleigh and putting on the suit meant he was accepting to be Santa forever!!

Both parties must intend to enter into a legally binding relationship with one another. Santa and his elves possibly intended for the terms to be legally binding, but since Scott had no idea the terms of the contract it is likely he did not. He thought it was all just a dream to be fair.

A party must provide consideration to the other party in exchange for their promise. Often consideration is money as it must be of value. The elves require Scott to make a promise to undertake the duties and responsibilities of Santa Clause, but they do not provide him with anything in return. There is no consideration here.

There is a clear uncertainty, with the whole contract just being one clause and no clarity on the rights and obligations of each party,  it wouldn’t be difficult to argue in favour of Scott. Maybe Scott was a consumer? Maybe he could exercise his right under the cooling off period when he changed his mind. It does seem pretty rubbish being Santa when the beard started growing, the weight was coming on and he nearly losing access to his son. Poor chap!

By the 2nd film after settling into his new role he got hit with the ‘Mrs Clause’, another unfair term that meant if  he did not find a wife, after getting used to and enjoying his new role he would stop being Santa forever!

…. do they not have lawyers to advise him at the North Pole?